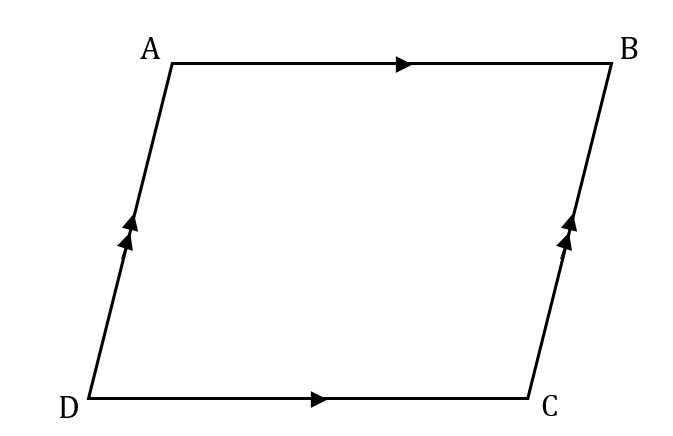 The formula for the area of a parallelogram is the same as that for a rectangle’s:

To make sense of this fact, notice that, as depicted below, a parallelogram with base b and height h can be divided into a trapezoid and a right triangle and rearranged into a rectangle of equivalent area. 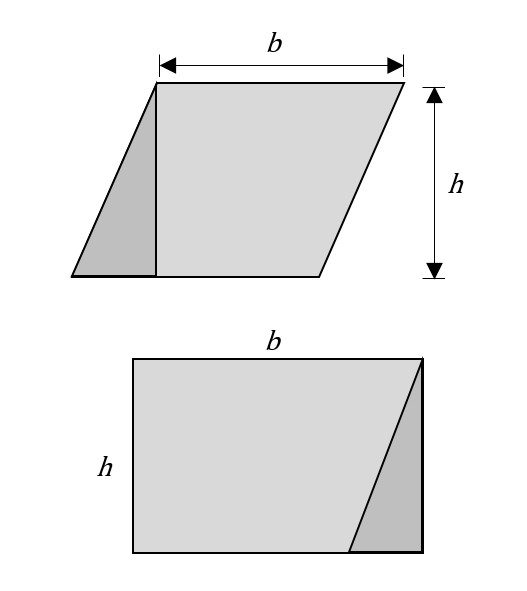 You should know that the diagonals of a parallelogram bisect each other. For example, in this figure, 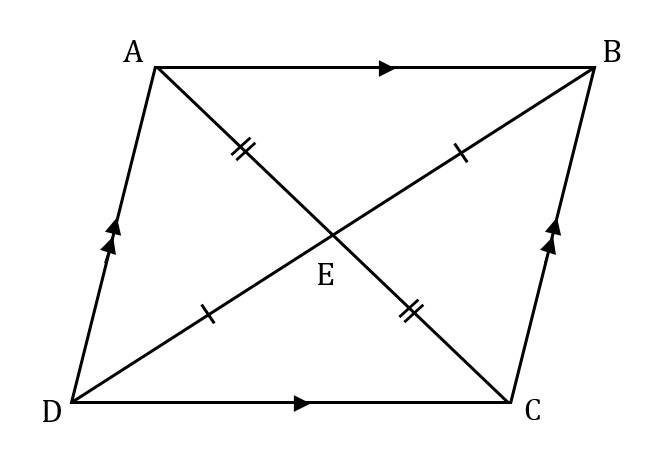 since ABCD is a parallelogram, we know that AE = EC and BE = ED, as is indicated by the single and double hash marks.