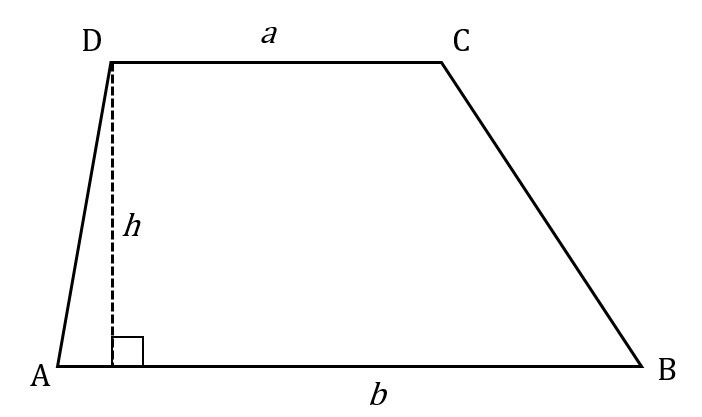 On the GMAT, you don’t have to do much with trapezoids. If you see one, you will most likely be asked to compute or make use of its area.

The area A of a trapezoid is:

where a and b are the lengths of the parallel sides, and h is the height.

You can think of the area of the trapezoid as the height times the average of the two bases, since that average is half the sum of the bases.

Trapezoid and circle:
http://www.gmatfree.com/trapezoid-and-circle
(you may want to review circles before trying this question)